Plans to enshrine an Indigenous voice to parliament will take another step forward with feedback to be sought from legal experts.

The Indigenous Law Centre at UNSW will lead a nationwide consultation process with constitutional and public law experts.

They will consider whether the constitutional amendment proposed by the Albanese government meets the aspirations set out in the Uluru Statement.

Experts will also discuss possible improvements to the draft wording of the proposed referendum at a series of workshops, led by Uluru Dialogue co-chair and UNSW professor Megan Davis, beginning on Wednesday in Sydney.

Prime Minister Anthony Albanese has committed to holding a referendum on the voice this term but is yet to confirm finer details including the timing.

The draft question to be put to the Australian people is: “Do you support an alteration to the constitution that establishes an Aboriginal and Torres Strait Islander voice?”

Prof Davis said consulting with legal experts would “provide the rigour required to set the voice referendum up for success.”

“The prime minister released a version at Garma, and we will be seeking feedback from those in the profession who specialise in constitutional law,” she said.

“Involving leading constitutional and public law experts, and other influential members of the profession, to test the amendment and question from a legal standpoint harnesses this momentum, and provides vital clarity for this process,” she said.

Indigenous Australians Minister Linda Burney last week highlighted the need for a campaign that “captures the attention and the imagination of the Australian people”.

“In the years to come, we will be able to measure the success of the referendum not just by the number of people who vote for an Aboriginal and Torres Strait Islander voice but by the lives that the voice helps to improve,” she said. 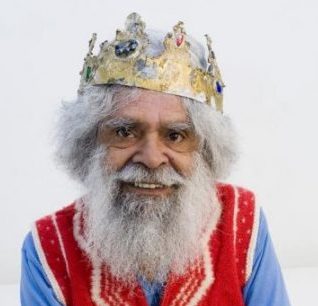