The recipient of an Australian Academy of Science Aboriginal and Torres Strait Islander Award says he hopes to inspire more young First Nations people to follow a pathway in science and technology.

Five promising researchers from around the country were this month recipients of the award in recognition of their research in the physical and biological sciences.

Dr Jordan Pitt from the University of Adelaide received the award for his project looking at the interaction between sea ice and ocean waves in order to improve future climate models.

He says current models of sea ice are not accurate enough to produce convincing projections of Australia’s climate.

Dr Pitt says his interest in mathematics began at an early age.

“My journey really did start with maths. I was always really interested as well in fluids and water, so my PhD was focused on numerical methods to simulate tsunamis because I really liked understanding water and its motions, ever since I was very young playing down in open sewer drains in Logan.”

Speaking about the award, Dr Pitt said hopes it will inspire more young First Nations people to follow a pathway in the STEM fields.

“[The awards] are about trying to inspire and show people what can be done, and that it’s not only some old white guys in lab coats – science comes in all shapes and sizes.”

The other recipients of the awards include ANU’s Tamara Riley, who is seeking to understand how the human-animal-environment relationship impacts on Aboriginal communities’ health and Luke Williams from RMIT whose research involves evaluating the dietary safety of Australian native foods.

Dr Keane Wheeler from UQ is looking to redress inequalities in First Nations children’s health and development through a program in the Aboriginal community of Yarrabah and Vanessa Sewell from the University of New England is looking at vaccinations against sheep parasites. 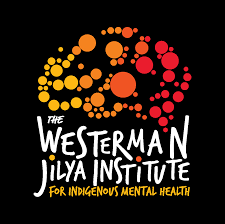