Australia’s top music awards were held this week with a number First Nations artists taking home the top prize across a range of categories throughout the night.

For a second year in a row, the 2021 Australian Recording Industry Association Awards, commonly known as the ARIAs, were largely held online, with most speeches and performances pre-recorded due to COVID-19.

The event was hosted and broadcast live on YouTube from Taronga Zoo in Sydney.

18-year-old Kamilaroi artist, The Kid Laroi, won two ARIA Awards – Best Pop release, for his song ‘Stay’ and Best Artist award.
In his acceptance speech for Best Artist The Kid Laroi said all he wanted to do was show the world how good Australian music is.

Some of the previous winners of this category have been John Farnham, Kasey Chambers and Keith Urban.

The Bundjalung Man says he is proud to win the award.

Music Legend, Archie Roach recived his eighth ARIA award after winning the best Blues and Roots Album category last night for his re-recorded version of The Songs of Charcoal Lane.

The Hall of Fame inductee won his first ever two ARIA awards back in 1991 when he released Charcoal Lane, his first album in an award-winning career.

Speaking from his kitchen table where the album was recorded, the Gunditjmara and Bundjalung man said it was an honour to be mentioned alongside the other nominees.

And one artist who is new to the scene but already making waves, is Goodjinburra singer and songwriter Budjera Slabb.

Congratulations to the 2021 ARIA Award winners. 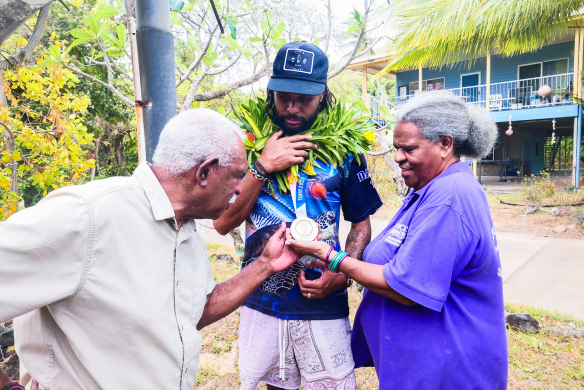 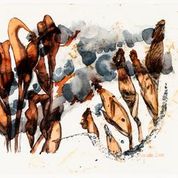