A Northern Territory Country Liberal Party Senator and a QLD LNP senator have called for NITV to drop its use of the phrase “Always Was, Always Will Be.”

Speaking at a Senate estimates committee on Tuesday, LNP Senator Gerard Rennick said the phrase was “non-inclusive” and called for it to be dropped.

“I have a problem with the slogan that to me is somehow sending a message that the land doesn’t belong to all Australians.”

SBS Managing Director James Taylor said he thought the use of the phrase by the station was “entirely appropriate.”

“I think that is a very important statement of their [Indigenous Australians] role, their presence and their relevance in the Australian media landscape, and the importance of acknowledging First Nations people.

Senator Rennick argued the phrase did not send a “welcoming message” to immigrants or non-Indigenous Australians.

Senator Rennick was backed up by CLP Senator Sam McMahon, who claimed she was Indigenous and found the phrase offensive.

“I do have Indigenous heritage but I do find that slogan quite offensive to non-Indigenous people. It does clearly mean ‘this is our land and you have not right to be here’ and I would ask that you consider its ongoing use.” 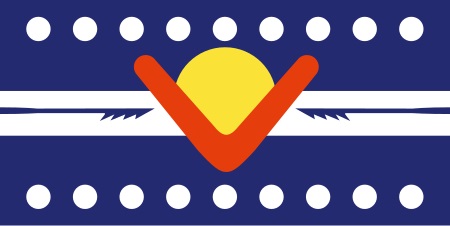