Anglo-Australian miner Rio Tinto says Simon Thompson will step down as chairman bowing to investor pressure over the destruction of two ancient Aboriginal rock shelters for an iron ore mine last year.

Thompson will resign following next year’s annual general meetings, while non-executive director Michael L’Estrange will also retire from the board after this year’s meetings, Rio said in a statement.

Analysts said last month Thompson would likely face increasing pressure over the board’s handling of the destruction of the Juukan Gorge rock shelters in Western Australia’s Pilbara region after an Indigenous group accused him of breaking a personal promise.

The destruction of the 46,000-year-old shelters sparked public and investor uproar that led to the resignation of CEO Jean-Sebastien Jacques and two deputies.

“I am ultimately accountable for the failings that led to this tragic event,” Thompson said on Wednesday.

The miner last month outlined a revamped cultural heritage management process, acknowledging its destruction of the sacred site had badly damaged its standing among stakeholders and its employees.

Rio nonetheless posted its best annual earnings since 2011 and declared a record dividend on the back of strong commodity prices.

Thompson has previously said the board noted those involved in the debacle “did not deliberately cause the events to happen, they did not do anything unlawful, nor did they engage in fraudulent or dishonest behaviour or wilfully neglect their duties”.

“The destruction of the Juukan caves resulted in a devastating cultural loss. Today’s announcement is a step towards the company rebuilding relationships with traditional owners,” CEO Louise Davidson said.

“In particular, investors would like to see the board increase its connection with Australian operations and communities, as well as an increase in mining experience.” 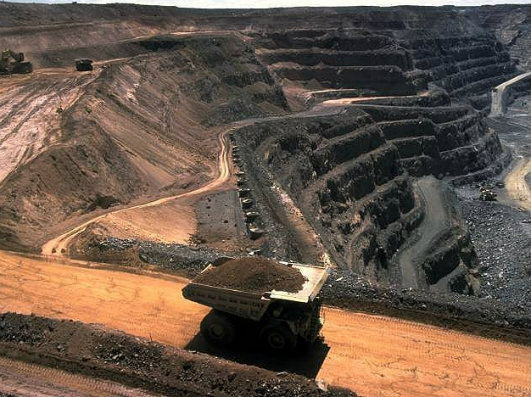