Earlier this year Traditional Owners voted 162 to two oppose the Pilliga gasfield in northern NSW which would involve the drilling of 850 coal seam gas wells on country considered sacred by Gomeroi people.

The project is currently waiting on results from a challenge under native title legislation as well as environmental regulatory checks.

Resources Minister Madeleine King said in an interview this week she backed the project, describing it as “important gas reserve” that would underpin Australia’s shift to renewable energies.

The legal decision is yet to be handed down, and Karra Kinchela, a Gomeroi Traditional Owner from Narrabri, said Ms King’s comments in the media in support of the project were disrespectful.

“We are respecting the tribunal process, we’re waiting patiently, there hasn’t been an outcome yet and Madeleine King should likewise be respectful,” she said.

“What gets me the most is that if we had started the transition to renewable energy ten years ago, the Pilliga wouldn’t be at risk now. The government wouldn’t be putting our Pilliga, our climate, and our water at risk.

“There has been resistance to Santos’ project for more than a decade, and that’s not going to change just because Ms King wants it to. She’s underestimating the determination of groups who are opposed to the gasfield if she thinks we’re just going to let Santos bulldoze the Pilliga.”

“It’s embarrassing for the new Labor government to have a Minister duped by the gas industry’s self-serving campaign. Sacrificing the beautiful Pilliga to hundreds of gaswells will do nothing to reduce the high price of gas. What our country needs is a pathway to zero emissions and a government that puts people and the environment first.” 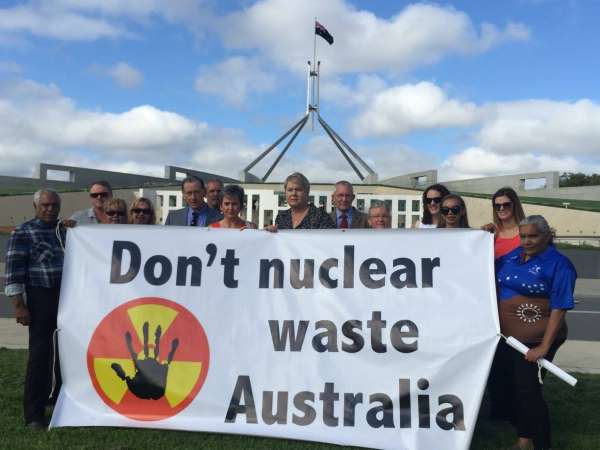