The fifth Indigenous death in custody in Australia in one month has sparked outrage among Indigenous leaders, politicians and advocates as the 30-year anniversary of the Royal Commission into Aboriginal Deaths in Custody looms.

A 45-year-old male inmate at Perth’s Casuarina Prison, Western Australia died at the Fiona Stanley Hospital on Saturday, after undergoing a medical procedure and being placed in intensive care.

In the past month, four other Indigenous people have passed away while in police custody, including 37-year-old Barkindji man, Anzac Sullivan who died during a police pursuit on March 18 in NSW.

An Indigenous man died while in custody at Ravenhall Correctional Centre in Melbourne on March 7, while a woman in her 40s took her own life on the same day at Silverwater jail, NSW.

On March 2, a man, 35 was found unresponsive in a jail cell at Long Bay prison’s hospital.

April 15 will mark 30 years since the Royal Commission into Aboriginal Deaths in Custody with more than 450 Aboriginal and Torres Strait Islander deaths in custody since the landmark report.

The head of the Aboriginal Legal Service of Western Australia says the 1991 Royal Commission was a failure and disputes the number of recommendations said to be implemented.

A 2018 review of the implementation of the Royal Commission’s recommendations found that 64 per cent had been fully implemented, 30 per cent partially and six per cent were not at all.

Speaking to ABC’s Hamish McDonald, Dennis Eggington said there is no way that 64 per cent of the recommendations have been implemented.

“Not only has it failed, I would question some of the statistics that people are quoting there, I don’t think that there’s anything like 64 percent of those recommendations that have been implemented,” he said.

Mr Eggington said the broader population does not know what happens inside prisons.

“The prison systems are not working in terms with the changes of society, of the betterment of society and unfortunately, people aren’t getting rehabilitated, they’re not getting educated.”

“You’ve got a lot of sick Aboriginal people inside of those prisons and they’re not getting the healthcare they need – you’re getting all kinds of issues like that. So the prison systems… need to be reformed as well.” 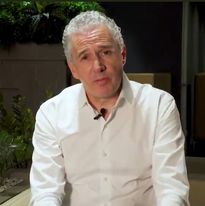