The Australian Museum has announced the creation of a First Nations Director role as part of its executive leadership team, with Wailwan and Kooma woman Laura McBride to take up the position.

Ms McBride has worked with the Australian Museum for 11 years in a variety of roles, including First Nations curator and Aboriginal Educator, and has worked to champion Indigenous story telling in a series of exhibitions.

Australian Museum Director and CEO Kim McKay AO said that McBride has been at the forefront of the Museum’s mission to drive change and its vision to be a strong advocate for First Nations’ cultures.

“Laura McBride is the first Indigenous appointment to the Museum’s executive leadership team. After a career of 11 years at the AM in a variety of roles, Laura has demonstrated her skill and commitment. A highly qualified museum professional, Laura knows this Museum inside and out and her deep knowledge of the Museum is a great asset in developing the path forward,” McKay said.

Among the responsibilities of the position is the return of hundreds of sets of human remains, which Ms McBride says she wants to see returned to their communities for reburial in the coming years. 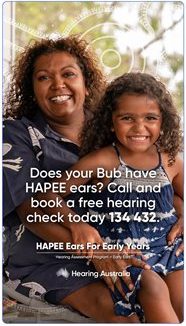