Residents of the remote community of Santa Teresa discovered recently they may owe up to $1 million to the Northern Territory government – despite being unaware their rental accounts were in arrears.

More than 70 Santa Teresa residents last year began legal proceedings against the Territory government over more than 600 uncompleted emergency repairs and maintenance jobs on their homes.

The Department of Housing responded by counter suing residents over alleged rental arrears and unreasonable damage to property.

She says the department “never told residents they were making incorrect payments,” and that is was not the first time the Department’s handling of rent collection in remote communities had attracted attention.

The current policy for rent collection in the Northern Territory is the Remote Rental Framework which was introduced in 2010.

In 2012 it was revealed the Department of Housing held $1.39 million in a rent account and did not know who had paid the money, or for what housing.

In February 2016 the North Australian Aboriginal Justice Agency submitted a paper to the Northern Territory government’s Review of Housing. In it, it detailed inadequate systems to track rent payments and delays in obtaining refunds for rent paid in error.

In the paper, NAAJA writes that “Until 2013, DHsg (Department of Housing) did not keep adequate records of rent for its remote tenants, in contravention of section 36 of the RTA. Its systems could not rack who was paying rent and which house the rent should be attributed to.”

In response to the latest revelations, Aboriginal Peak Organisations NT (APONT) has called for a review of the rental system.

“The government needs to come out and explain the situation, and make clear the status of these debts” said Ms Caton. “If tenants are looking at repaying ten or twenty thousand dollars, for many people in remote communities, who are already experiencing financial distress, which will be an insurmountable burden.”

“The Gunner government has declared an interest in fixing remote housing. If it wants a solution it will need to have more courage than the governments before it, and address this issue head on” said Ms Caton.

Ms Caton expressed concern that the issue could extend to more than 6000 households in the Northern Territory under the Remote Rental Framework.

“We’re only looking at Santa Teresa at this stage, and that’s one of 70-odd communities. All those other communities could be up for millions and millions in rental arrears without being informed that they are in arrears.”

“People in remote communities are supposed to be able to access  equitable services that people in urban environments can enjoy and that hasn’t been the case.” 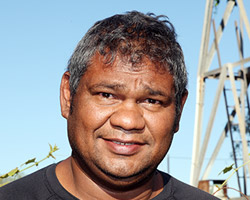 FASD Program to be Rolled Out in Alice Springs, Newcastle