Back in February, the Victorian State Government announced their plan to work with the state’s First Nations people on a treaty.

It’s the first jurisdiction in the country to do so.

The move followed a meeting about a referendum on the recognition of First Nations people in the Federal Constitution.

A group of around 500 First Nations people from across Victoria, from all corners of Indigenous society, attended the meeting and unanimously rejected the notion of constitutional recognition.

It was made clear at that meeting that First Nations people across the state saw a treaty as the correct path to take.

The process so far has involved multiple forums and state-wide meetings.

It is now November, nine months after the Victorian Government announced their intentions for hashing out a treaty, and it has been revealed that already, some have walked away from the process.

The Victorian Government were commended when they announced they would work towards a treaty with First Nations people across the state but Gunai/Mara activist Robbie Thorpe says Traditional Owners prefer to develop their own process.

Mr Thorpe says while current treaty talks are now only between the Government and Organisations, elders are working on re-establishing traditional legal systems.

Bureaucrats have been blamed for running a process incompatible to the way First Nations people operate.

He says current consultations aren’t attracting our mob – and with most of the resources positioned on the government’s side – he suggests the process to be unconscionable.

Gary Murray told NIRS News, if the State’s Aboriginal Affairs minister Natalie Hutchins commits to enacting Land Rights legislation next year as a show of good faith, Elders will return to the discussion.

NIRS News is yet to hear back from the minister.

Kangaroos must improve for final 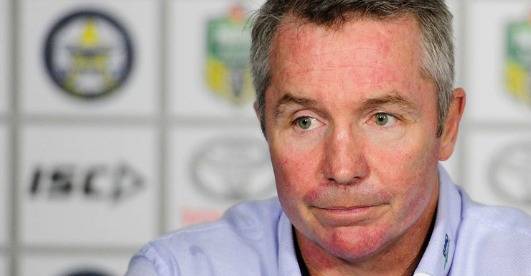 Young star on the move Changes about depth and flexibility