An uncomfortable power divide between traditional owners and land users has been highlighted by a long-anticipated overhaul of Western Australia’s antiquated Aboriginal heritage laws, which critics fear has missed the mark.

The state government says its draft Aboriginal Cultural Heritage Bill will empower Indigenous people to make agreements about the use of their land.

But heritage professionals and Aboriginal groups have concerns about the complex bill which is open for consultation for just five weeks.

“There’s no mandate for the celebration, maintenance or enhancement or proactive management of Aboriginal heritage, which all other heritage legislation around the country is about … It has just brought the same paradigm from the old Act across to this one.”

WA’s existing Aboriginal Heritage Act dates back to 1972 and notably does not give Aboriginal people the right to appeal decisions.

Under the new regime, they will have the same appeal rights as land users and the controversial Section 18 approvals process will be scrapped.

They will represent traditional owners and negotiate with land users, but may also be expected to monitor compliance of agreements.

“It looks to me like the state have abrogated their responsibility to regulate heritage,” he said.

“Most of my colleagues are disappointed. We expected it to be better than this.”

“The bill is the culmination of more than two years of consultation with Aboriginal people, industry stakeholders and the broader Western Australian community,” he said.

The mining industry has faced scrutiny since Rio Tinto, acting on a Section 18 approval, in May destroyed the 46,000-year-old Juukan Gorge rock shelters in WA’s Pilbara region.

The incident sparked global outrage and considerable investor backlash, resulting in the resignation of Rio’s CEO and two other executives.

“Some scopes of work that I’ve been given actually even mandate the methods that you will use to record sites and how you will identify sites,” Ms Thomson said.

“That limits you – the power is in the proponent’s court to say ‘No, you can’t record that artefact scatter because we don’t believe it’s (relevant under the Act)’. And it does really take that power away from Aboriginal people to be able to say ‘we consider this significant and of value’.”

A Senate inquiry into the Juukan blast has heard evidence from Aboriginal corporations about inequitable negotiating positions leading to unsatisfactory agreements which further restrict their rights over their own cultural heritage.

Rio Tinto has promised to modernise its participation agreements with traditional owner groups in the Pilbara, while BHP has pledged not to act on any existing Section 18 approvals without extensive consultation.

Under a new tiered approvals system, land users must enter a management plan with traditional owners if a medium-to-high level of disturbance is anticipated.

If they are unable to agree, it is at the minister’s discretion to grant approval.

Mr Wyatt, who is also the state’s treasurer, has said such a scenario will be rare.

But Yamatji Marlpa Aboriginal Corporation said too much decision-making power remained with the minister.

“There is a risk of conflict of interest arising depending on the minister’s portfolio, particularly when they are considering the interests and economic value of development for the state,” chief executive Simon Hawkins said.

“It can’t be understated the amount of administrative work and evidence that will need to be provided to give life to the spirit of this legislation,” she added.

In response, Mr Wyatt said his dual responsibilities “only elevates the significance of Aboriginal Affairs within the government”.

The government has promised the new Aboriginal Cultural Heritage Management Code and regulations will be made publicly available.

Other proposed changes have been welcomed.

There is currently no capacity to stop a site from being disturbed once the government has granted approvals, even if new heritage information emerges.

This will be addressed by the minister having the power to issue stop-work orders.

Mining companies and other land users will also face tougher penalties of up to $10 million for damaging sites without authorisation.

Stakeholders applaud these changes but say it would be naive to think they will prevent sacred heritage sites from being harmed.

“The mining industry is powerful. It’s very good for us, for the whole country and for Western Australia. But when you bring it up against Aboriginal people, Aboriginal culture … you guys know as well as I do who is going to come out on top.”

WA’s Chamber of Minerals and Energy is still considering the legislation but said the mining sector broadly supported modernising the Aboriginal Heritage Act.

It’s expected the bill will go before parliament later this year. 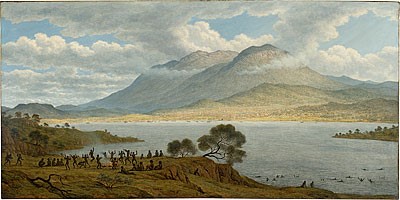